Editor-in-Chief of Bellingham Review since 2015, Susanne Paola Antonetta has announced she will be stepping down from her role to focus more on her own writing and perhaps even start her own small press. She writes, “I’m thrilled to be passing along the editorship to Jane Wong,” poet and nonfiction writer whose most recent book is How to Not Be Afraid of Everything (Alice James Press, 2021). Closing out her final issue, Susanne writes, “Literature may not fix our problems, but it fixes us to one another. It allows us to see that the view from another’s space in this world is both akin to ours and radically different [. . . ] each word is an invitation to a longed-for dialogue, on both ends.” 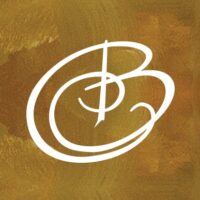 In Issue 82 of Bellingham Review is a feature on asemic art: “To Those Whose Eyes Wander.” This feature includes work by Sam Roxas-Chua who was interviewed by Stephen Haines. In this interview, the two discuss Roxas-Chua’s asemic work in the issue and elsewhere, and it wraps up with a list of music, books, and film that have moved the poet lately.

Haines asks Roxas-Chua about the work found in Issue 82:

STEPHEN: New Beak and Exhale is another favorite of mine from the work you contributed to Issue 82. I have read that you often use processes like ekphrasis in your work, and I can’t help wondering about that act of creating art in response to other art. Is the asemic writing in the right panel of New Beak and Exhale a direct response to the image on the left? The other way around? Or is this entire piece in conversation with something else entirely?

SAM: I was abandoned as a baby, but was fortunate to have a birth certificate and for some causes and conditions I was able to locate her in 2012. It didn’t have an Oprah show ending. A second rejection happened. I could go on and on about this story but find that it’s best to focus on the two images in hopes that it will let me narrate what I find difficult to tell. The two images are in conversation. Thank you for giving voice to that.

Coming up to that anniversary, I drew the bird image using collected soot made into ink, together with drops of squid ink. I wanted to write a poem by drawing an image. I mean, who is to say what a poem is and isn’t? In the tree where I was abandoned, I imagined I was fed by birds. When I was adopted, I was malnourished and had worms living inside my stomach. I was bloated like an egg. I believe the natural world was answering major questions. “Am I good? If I am good, why was I relinquished? What is wrong with me?”

The asemic writing on the right was a letter to my mother in asemic form where I was trying to exhaust everything I wanted to say. The image of the bird and the letter put together in conversation translates to “I am made of new beak and exhale.”

Check out the rest of the interview for poetry, information about asemic writing, and a great list of recommendations, or see what Issue 82’s asemic writing feature has to offer.