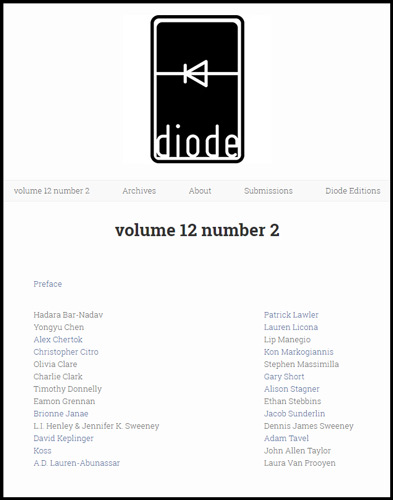 Lip Manegio draws from one of my longtime favorite musical artists—Death Cab for Cutie—in “you tell me about your childhood memories of death cab for cutie, and i imagine every future and past we will ever get to live through.” Using Death Cab song titles as a way to jump into each stanza and light, beautiful language, they create a new song for themselves and the person the poem is addressed to.

Charlie Clark turns to “I am the beast I worship,” a line from the song “Beware” by Death Grips as he conjures his own beast, one that “speaks vulgar French,” “his whole demeanor muscle-thick and pissed.” The piece reads like a slow burn, a fiery anthem.

“[Infect this page]” by Hadara Bar-Nadav is an erasure poem made from the drug information for the antibiotic Ceftriaxone. Bar-Nadav creates art through the dissection of medical text and examines both sickness and art, urging the reader to action, to “Infect,” “Inject,” and “Kill / your   need to / question / this / garbage      art.”

Both of John Allen Taylor’s poems draw inspiration from other poets. “The boy thinks of after,” is written after Laurie Lamon, and “Dear Friend,” is written after and for Brionne Janae. Not only were his poems enjoyable to read, but they also open a door to introduce readers to other poets they may not be familiar with.

The latest issue of Diode shows the many ways writers draw inspiration from the media they consume and offers its own inspiration to readers. 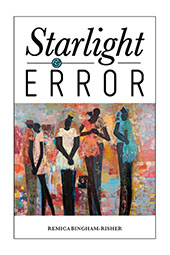 Diode celebrates ten years of publishing “electropositive poetry”: poetry that “excites and energizes”; poetry that uses language that “crackles and sparks.” Issue 10.1 features works from over 40 poets as well as two full-length collections, Starlight & Error by Remica Bingam-Risher and quitter by Paula Cisewski, several chapbooks, interviews and reviews. All of Diode‘s is available for readers to enjoy online.

Diode, partially supported by Virginia Commonwealth University at Qatar, is a journal of American experimental and electric poetry transported to a foreign land and concerned with the inescapability of our American identities today: “Even eight thousand miles from the United States, the constant hammering of the American media machine reaches us. Our connections—wireless, satellite, cable—crackle with a seemingly endless loop of fear and consumption.” Diode‘s theoretical purpose is to break through all of this noise and communicate with the poem. Along with these serious pretensions, Diode amazes with its array of ambitious rhythmic poems that play like a firecracker laden sound and light show of invention and tactical and formal daring that does not let up until the final poem.