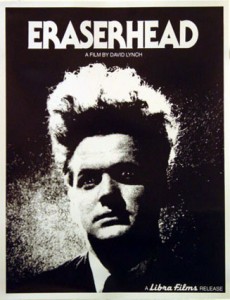 BAM: “J. Hoberman is one of the greatest film critics to emerge from his generation—his writing is adventurous, erudite, and provocative, while simultaneously expressing a boundless pleasure in the art of cinema. To celebrate his 30th year as film critic for The Village Voice, we’ve asked Hoberman to select films that have sparked some of his most stimulating reviews and articles, as well as a few personal favorites. All text excerpted from reviews by J. Hoberman.”

The site includes a PDF of J. Hoberman’s reviews and articles for each of the films featured in this series. A MUST for avante garde film fans.

JS: Besides Manhattan, can you cite some films you reviewed that you feel differently about now?

JH: There are some films I like less, certainly. I liked Diva when it came out but I don’t think that held up as well. There are some movies I possibly appreciate more now than when I first saw them and Eraserhead would be one of those. I liked it but I didn’t realize how good it was when I saw it. I think there were filmmakers I was initially cool to; Abbas Kiarostami would be an example. It took me a while to appreciate what he and others were doing.