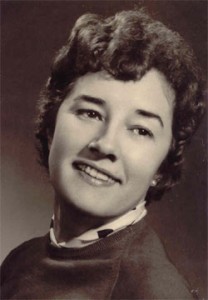 MADRID, Spain — Corin Tellado, a well-known Spanish author of more than 4,000 romance novels, died Saturday while celebrating the Easter holidays with her family. She was 81.

Tellado, whose real name was Maria del Socorro Tellado Lopez, collapsed at her home in the northern seaside city of Gijon and died of heart failure, a Cabuenes hospital spokeswoman said.

A funeral service is to be held in Gijon’s Iglesia de la Inmaculada church on Monday, the regional newspaper El Comercio said Saturday.

Born on April 25, 1927, in the northern coastal village of Viavelez, Tellado’s novels became popular throughout the Spanish-speaking world, particularly in Spain and Latin America.

In 2007, the regional government of her native Asturias honored the author for a lifetime dedicated to literature with an exhibition called “Corin Tellado, 60 years of love novels.”

“I’m not a romantic, nor a dreamer or visionary,” Tellado said at the inauguration. “However, someone had to write novels about love and it just happened to be me.”

Despite ill health that forced her to have blood dialysis three times a week since 1995, Tellado kept on writing right to the end, delivering her final novel to Variedades magazine on Wednesday.

Tellado was survived by a daughter and a son, El Comercio said.