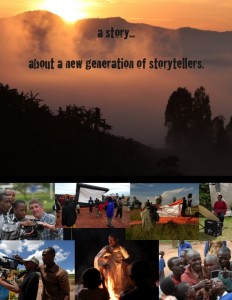 In East Africa, a new generation of storytellers is emerging. For the first time in history, Rwandans are using film and an inflatable screen to tell their own stories, in their own language. A film festival in which “the theater is coming to you…”

Film Festival: Rwanda is a feature-length documentary that follows Rwandan filmmakers producing their own films, and screening them in remote villages for hundreds to thousands of people. For many Rwandans, this is the first time they’ve seen a film, let alone one in their local language, “Kinyarwanda”.

Rather than re-examining the past, these young storytellers are using film to project a positive vision of their country’s future. Their motivation, energy and creativity, inspired us to start following them last year.