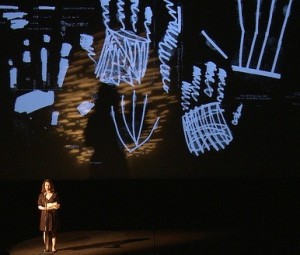 In Doug Liman’s film Reckoning with Torture: Memos and Testimonies from the “War On Terror” ordinary Americans stand side-by-side with actors, writers, and former military interrogators and intelligence officers in a reading of official documents that reveal the scope and cost of America’s post-9/11 torture program.

Participants are now being invited to select a script, video the reading, and upload it to the site.

Doug Linman, director of the The Bourne Identity and Fair Game, teams up with the ACLU and PEN AMERICAN CENTER on a national grassroots film to fight torture.

[Pictured: Actress Lili Taylor reads from the sworn statement of an interpreter at the Kandahar detention facility in Afghanistan.]