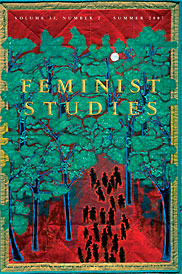 “Is there such a thing as feminism in the mass media? What does it look like? These are some of the questions explored in this volume. Covering texts as diverse as Hollywood movies, Taiwanese women’s magazines, the HBO series The Sopranos, and science fiction, the writers represented here all argue that in some complex way mainstream films and bestselling publications are developing their own feminist language, whose alphabet we still need to learn. Does the gendered violence in The Sopranos simply reproduce misogynist prejudice, or does it challenge it? Does the emphasis on beauty and fashion in the coverage of feminism in women’s magazines in Taiwan challenge Western Second Wave ideals of what feminism should be? Is the Borg Queen in the Star Trek movie First Contact really a feminist role model? Are the beauty parlors in films like Desperately Seeking Susan and Legally Blonde represented as oppressive or liberating for women? Twenty-first century mass media offer possibilities for the creation of feminist spaces and the discovery of feminist voices that often constrain as much as they liberate.”