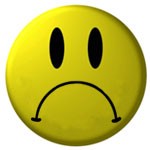 To our friends on Facebook – just so you know I’m not ignoring you, but Facebook has terminated my account. Apparently, Facebook only allows “individuals” to have profiles. Even though I was the individual who ran my own profile, they have still terminiated the account. Worse yet, and much less understandable, they also blocked my access to the NewPages Group, saying Facebook does not provide space to “organizations.” WTF! Since when? is what I asked, but was promptly told I could not have access, end of story.

This isn’t new. The same thing happend to Graywolf Press, although, somehow, they were able to maintain a group page. Why NewPages isn’t even allowed to do that is unknown. I pretty much got the “because I said so” from Facebook without ever getting a reasonable or even intelligible response from a person (aka real human being) in their customer service.

Facebook has started a new area called Facebook Business, which I would consider joining, but Facebook has blocked my NewPages e-mail address entirely, so I can’t set up an account there unless I also set up a new e-mail address just for that Facebook account. How many e-mail addresses can one person really have? I think the limit should be five – in which case, I’m over the legal limit. Anyway, it’s not nearly as fun as the individual accounts – through which I was enjoying intereacting with others on a more personal level than the other services allow (aka Bo-ring!).

In the meantime, while the right-hand of Facebook tries to figure out what the left-hand of Facebook is doing, NewPages no longer has a presence there. Sorry to all our friends and friend wanna-bes. I’ll be looking into alternative communities which seem to be up and coming – since, as we learned from MySpace*, it’s only a matter of time until the next great thing comes along – especially when you don’t play nice.

*NewPages is also on MySpace: http://www.myspace.com/newpages