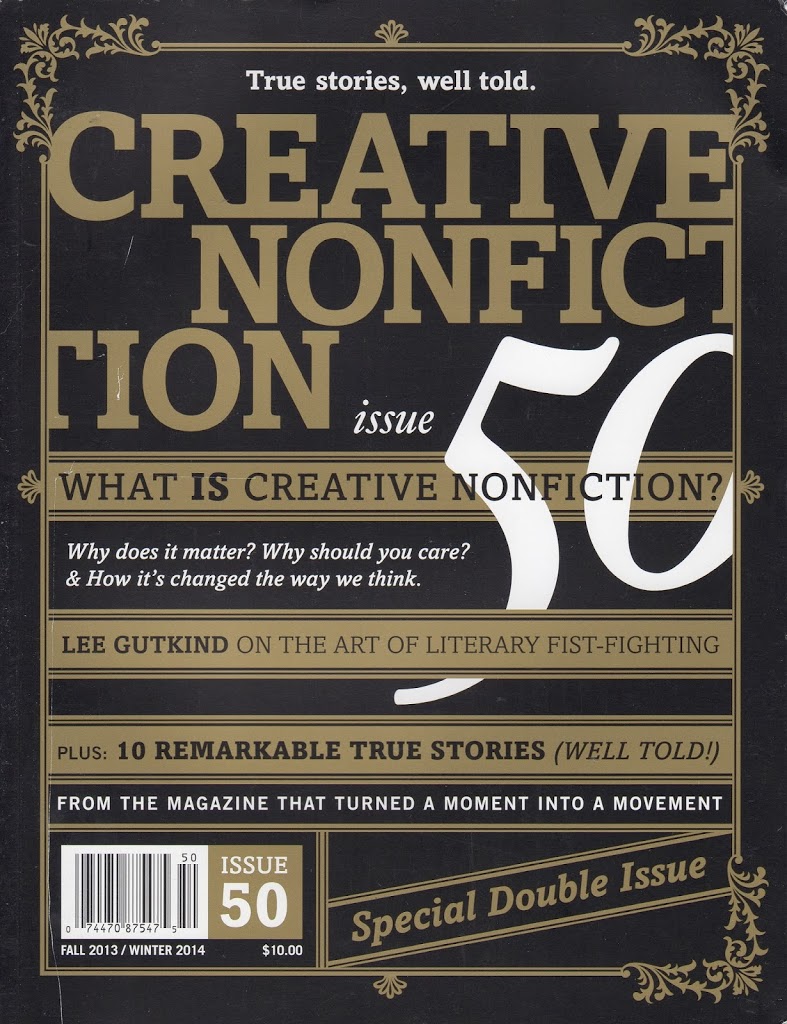 Twenty years ago, it was a joke, an apparent oxymoron, an idea roasted in Vanity Fair and savaged in Harper’s. It was lambasted by journalists and critics and vehemently rejected by academics. Only outcasts and self-indulgent writers supported it at the outset. Today everybody’s doing it—whether you call it narrative nonfiction, longform, or simply creative nonfiction.

The dramatic, unlikely, surprising—and sometimes amusing—story of the battle that led to the acceptance of the creative nonfiction genre and the establishment of the literary magazine of the same name is told for the first time in the landmark 50th issue of Creative Nonfiction.

In “The Fine Art of Literary Fist-Fighting,” a 12,000-word excerpt of a new memoir-in-progress, founder and editor Lee Gutkind reflects on the unlikely path, starting in the late 1960s, that led him to start Creative Nonfiction, which is published quarterly and has an international circulation of 6,000.

Gutkind recalls his roots in the working-class Greenfield neighborhood of Pittsburgh and the professor at the University of Pittsburgh who, after reading Gutkind’s stories of working at a beer distributor, suggested the unconventional college student might become a writer. Gutkind went on to teach at Pitt; in his memoir, he recalls the battles that took place in the English Department there before the establishment of a Master’s program in creative nonfiction writing.

By the early 1990s, Gutkind had begun to explore the possibility of starting a nonfiction-only literary journal. Denied support by the University of Pittsburgh, he set up shop on his dining room table, where he hand-addressed and stamped copies of the first issue for 176 customers.