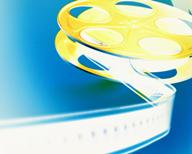 From Bitter Lemon Press:
Location work has begun on the filming of Tonino Benacquista’s bestselling novel Holy Smoke, which BLP published in 2004. The film, retitled Holy Money, features Aaron Stanford (X-Men, Live Free or Die) in the lead role and features Anouk Aimée and Ben Gazzara. It is directed by Maxime Alexandre.

BLP has acquired the rights to the Italian bestseller Blackout by Gianluca Morozzi. Set in Bologna in mid-August, it’s a thriller about three people trapped in a lift for twelve hours. A waitress still in her Lara Croft uniform, a punk and a serial killer. The novel will be out in English in June 2008. Blackout is soon to be a Hollywood film starring Amber Tamblyn (Grudge, Stephanie Daley) and Aidan Gillen (Mojo and The Wire) and directed by Mexico’s Rigoberto Castaneda.