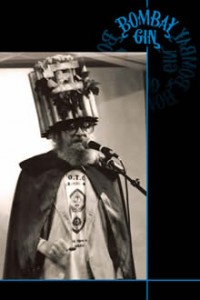 The newest issue of Bombay Gin (37.1) is a tribute issue to the final years of Harry Smith at The Naropoa Institute. “Harry Smith’s Anthology of American Folk Music,” as the issue is titled from Smith’s own anthology, features poetry, music, and fiction from Kerouac School associates organized into the three sections Smith devised for his Anthology: Ballads, Social Music, and Songs, as well as “an extra chapter, ‘Secret Volume,’ for the originally never-released fourth set of vinyl discs. There are interviews with Steven Taylor, Greil Marcus, and Daniel Pinchbeck on the Anthology.”

See the Bombay Gin website for the full editorial and table of contents.