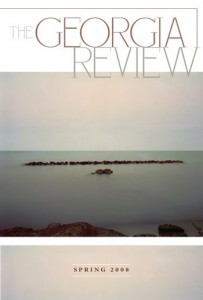 We’re headed up next week to attend the National Magazine Awards, where we’ve been named as a finalist in the General Excellence category for mags with a circulation of less that 100,000. Our litmag brethren Virginia Quarterly Review are also nominated in the same category, along with 3 other non-lit publications. The awards are Thursday, May 1st, at Jazz at Lincoln Center.

In conjunction with that, we’re putting on 3 great readings in NYC — two in Manhattan and one in Brooklyn — featuring a nice mix of well-known writers and newcomers, all of whom have published in GR. Here are the basics on those: