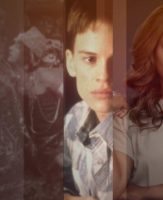 The documentary examines the depiction of transgender people in television and film for more than a century, from the 1914 silent film A Florida Enchantment to the Oscar-winning 1999 film Boys Don’t Cry to the new hit television series Pose. Through in-depth interviews with transgender actors, activists and writers, the documentary reveals the way Hollywood and the media both manufacture and reflect widespread misunderstandings and prejudices against trans people. The film also champions the trans people in film and television who have fought and are fighting tirelessly for accurate and dignified representation on screen.

… There is a lack of historical context for trans people, which we actually see in the legislation, as well. There’s this notion that it’s a new phenomenon, that trans people are a sudden trend that need to be combated, because we have this continual historical forgetting. We don’t know our own past. We don’t know that we’ve been around, because we don’t get to see those images.