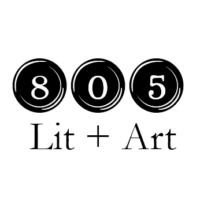 Michael Keenan Gutierrez explores the meaning of truth and the power of fiction in his essay “Lies I’ll Tell My Son.” Gutierrez starts the reader grounded in fact. His great grandfather, Red, was a bookie: “This is true.” Then the details of Red’s life grow murkier. The story of Red winning a WWI draft card in a poker game sounds dramatic enough it might have come from a movie. Red’s birth certificates and draft cards have different dates and names. Gutierrez’s uncle proclaims, “They were all a bunch of fucking liars.”

Gutierrez has heard that we aren’t supposed to lie to children “except about Santa Claus and death.” But what is the purpose of the lies that build such fantastic family lore? The tales are in contrast to a more recent generation that lived “the standard formula of work, retirement, and death.” The lore of Red paints the world as “more magical than a paycheck and a mortgage.”

Gutierrez resolves to tell his son the tales of his family and “shade the truth in fiction.” What about the hard truths about life and death? Well, Gutierrez explains: “I’ll let him figure out heaven on his own.”