Even the cover of Permafrost looks cold. And this issue of the “farthest north literary journal in the world” is solid as a hulking glacier. It’s rare that I come across a journal where I am almost equally enamored of both its poetry and its fiction. But I could not stop turning the pages of this issue.

It starts out with an excellent craft-focused interview with author Paul Lisicky, conducted by fiction editor Chris Malmberg. I enjoy reading these types of interviews because I’m always curious how writers approach their work. Malmberg asks insightful questions, which helps, as poor questions can send an interview downhill fast. One of my favorite observations from Lisicky comes in his response to a question about his novel Lawnboy. He comments that “the tension between belonging and isolation is a part of the human struggle, at whatever age.” I would add that this tension makes rich fodder for writing, as is reflected in so much of the world’s great literature.

Some of my favorite poems in this issue take their cues from the natural world: Barbara Knott’s “Ladybugs” (“red lacquered / oval shells / black spots”); Penelope Moffett’s “Tomales Point” (“coyote melts from bush to bush / ears pricked / turns to stare at silver hare / on nearby hill”); and three from Gigi Marks (from “Fuel”: “There were new leaves everywhere. / There was fuel enough for every bit / of life, it seemed”).

Fiction-wise, I’ll just mention a few of the stories that lingered with me post-reading. Brian Fender’s “Taut” captures the sometimes uneasy relationship between sons and their silent unpredictable fathers. During a fishing trip, the unnamed boy in the story “waits at the stump patiently, watching his father’s approach. He is never certain of what to expect.” When you are young, this is often how it is with adults, even your own parents. Fender deftly illustrates this uncertainty.

In Landon Houle’s “This World Made Magic,” the 2011 Midnight Sun Fiction Contest Winner, we follow a young girl, solitary and vulnerable, as she plays in a vacant lot with her little dog:

She’d learned to tell her own stories those nights when her mother couldn’t. Sometimes she talked out loud to cover the noises she heard, and though she was unafraid in the vacant lot, she’d grown accustomed to the sound of her own voice lulling.

A man shows up at the lot while the girl is there, and we, as readers, endure a tense series of scenes in which Houle draws out to the maximum suspenseful effect.

Richard Robbins’s “A Map of the World” reads to me like a prose poem, though it’s classed in the Table of Contents as fiction. While I confess to not being completely certain what it’s about, I read the piece in the broadest sense as a meditation on place:

Maybe this street has already tricked its neighbors, routed them elsewhere toward oblivion of pine or static. Somehow we have come finally far enough to know we’re hearing this intersection for the first time, without echo. The car driving by carries teenagers talking, talking, each on the way to some ultimate damage. Chickadees tick in the elm.

The finest pleasure for me in this issue was the tribute to John Haines. He is one of my favorite poets, and I enjoyed reading the essays, tribute poems, and selections of his own poetry. Haines left behind verses of such universality that I feel confident they will be read and reflected on for years to come. It seems fitting to end this review with a quote from him on his own writing and inspiration:

Much of the best of what I have written has been saturated with landscape. I have been led by this and other realizations to feel that there are always two places, dream and actual life. When the two are brought together by an act of imagination there occur those sometimes brief moments of compelling clarity and completeness. And these moments are, or ought to be, part of the real life of humankind: place and image, reality and dream made one. (“A Place of Sense” 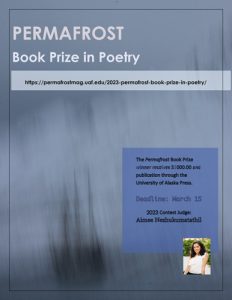 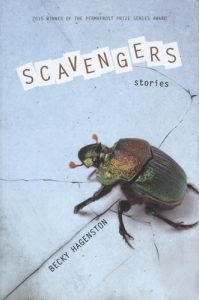 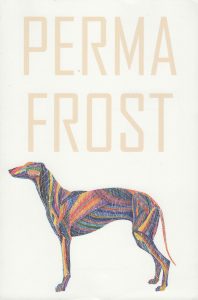