While the poems in Creature Features draw inspiration from several sources, many center on classic monsters author Noel Sloboda first encountered as a boy while watching the Creature Double Feature television show. In the 1970s and 1980s, this show introduced him to the Mummy, the Wolfman, the Blob — and more. What largely interested Sloboda and what he explores in this collection is how these monsters show us ourselves (or reflect our “features”). Readers may appreciate that there’s also a good deal of Shakespeare in the chapbook, since Sloboda teaches Shakespeare and has spent some time in theatre as a dramaturg. But the author also wanted to lend some of our popular culture nightmares — too often dismissed as disposable or as kitsch — the kind of pedigree they merit. Hence too — in part — the “borrowed authority” with the inclusion of cameos by eminent philosophers. Originally from New England, Noel Sloboda earned his Ph.D. from Washington University in St. Louis. His dissertation about Edith Wharton and Gertrude Stein became a book. He sat on the board of directors for the Gamut Theatre Group for a decade, while serving as dramaturg for its nationally recognized Shakespeare company. Currently, he is an Associate Professor of English at Penn State York. 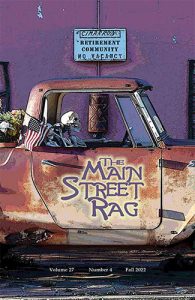 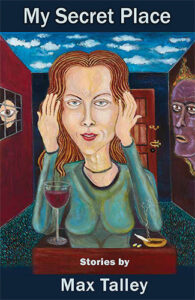 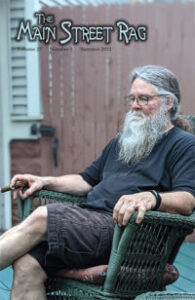