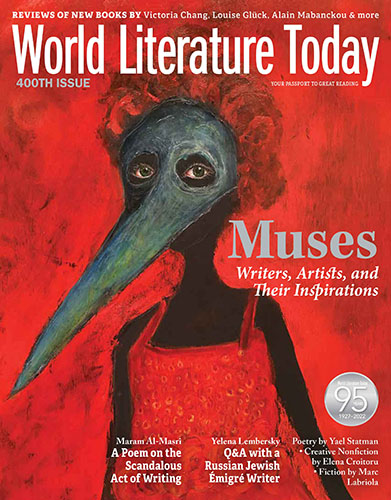 The May – August 2017 issue of World Literature Today features New Native Writing: From Wounded Knee to Standing Rock, guest edited by Jeanetta Calhoun Mish. The section includes “twenty-eight writers with tribal affiliations from throughout the continental US as well as Guåhån (Guam) and American Samoa.” In her introduction, Mish writes about the 1992 WLT  feature “From this World: Contemporary American Indian Literature” in an issue “released just before Returning the Gift, a historic Native writers’ conference held on the University of Oklahoma’s campus, the home of World Literature Today.”

Mish used that 1992 date as the start point for the works she collected for this feature, “to avoid creating categories and to reaffirm the impact of Returning the Gift, I solicited submissions from United States Native writers whose first book was published after the 1992 festival. Despite the simple, temporal structure of this approach, I believe the aesthetics and thematics Native scholars and writers have identified are clearly present in the work.” A full list of contributors can be found here.