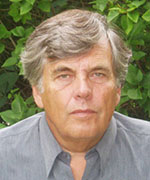 Valley Voices Spring 2015 is a special issue on Michael Anania, guest edited by Michael Antonucci and Garin Cycholl, who write, “Anania’s space is the river, the imagined city – a Chicago of relentless modernity, one capable of reinventing itself and making itself for sale again and again as the waters rise and fall. From here, the poet observes and reflects on this Chicago on the make – a sprawl of fresh water and wind, candy and steel.”

“This collection of essays and original work,” the editors write, “offers a set of moments in lands (and waters) surveyed by Anania. That land pretends a relentless modernity – one that Anania has evidenced for readers, colleagues, and other artists page by page, line by line. Charles Olson argued that the poet either rides on or digs into the land. This collection of essays and Anania’s writings attest that he has done both.”