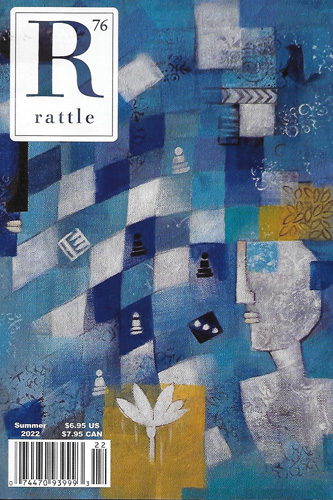 The Summer 2019 issue of Rattle includes a “Tribute to Instagram Poets.” The editor’s preface explains that the poems were originally published on Instagram, which uses captions that are included along with the poems. The editors assert that the poems were selected based “on their own merits and not the popularity of their authors.”

Some works include long poetic commentary, such as Benjamin Aleshire’s “Good Manners,” while others, such as Luigi Coppola’s and Jeni D La O’s only include a user name and series of hashtags. When applied, the hashtags range from simply labeling the obvious (#poetry #poem) to adding to the poetic image/text in the Instagram, as in Vini Emery’s: “All of the things that have been done to me have been done with out me.” hashtagged: #disassociation #trauma #power. Because the image is of handwritten text, it’s actually difficult to decipher if there is a space or not between “with” and “out,” which seems fitting for the work that this should be ambiguous.

A unique feature to include in this issue of Rattle, and one that opens whole new dialogues for poetry writing, reading, and analysis.