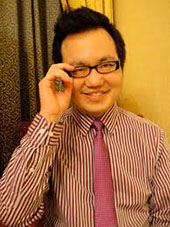 The July/August 2017 issue of Poetry Magazine “is the product of a new partnership between the magazine and the Smithsonian Asian Pacific American Center, and it launches as part of the Smithsonian Asian American Literature Festival, held July 27–29, 2017, in Washington, DC.” In his section of the introduction, Timothy Yu writes, “‘Asian American poetry’ is itself a political category. Like the term ‘Asian American,’ it is a category constantly redefined by new contexts; yet it is also one that demands attention to the intersections of poetics and race, and that claims value for the act of placing poems within an unfolding Asian American literary tradition.”