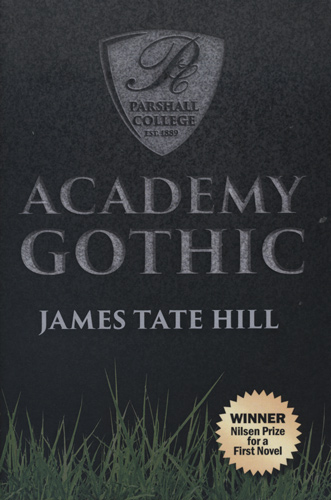 Southeast Missouri State University Press’s annual Nilsen Literary Prize for a First Novel awards a $2,000 prize to winners, publication, and an invitation to read at the University.

Suspects aren’t hard to come by at the college annually ranked ‘Worst Value’ by U.S. News & World Report. While the faculty brace for a visit from the accreditation board, Cowlishaw’s investigation leads him to another colleague on eternal sabbatical. Before long, his efforts to save his job become efforts to stay alive. A farcical tale of incompetence and corruption, Academy Gothic scathingly redefines higher education as it chronicles the last days of a dying college.