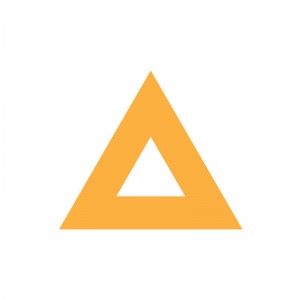 The Golden Triangle is published three times per year and is available online, and via iPad and iPhone Apps. Readers can expect to find “fresh, risk-taking, original poetry, fiction, and non-fiction coupled with intelligent design.”

Editors Jessica Schulte and Sasha VanHoven tell me that “The Golden Triangle was created by struggling writers and literary nerds trying to make it in ‘the real world’ of writing. With the decrease in printed publications, competition to get in became harder, and yet while digital journals were taking off, they severely lacked legitimate design. We decided to become the solution ourselves, offering a digital space for the under-exposed voices of our peers that cared for aesthetics as well as the community behind it.”

With ambitious plans for the future, Schulte and VanHoven are looking to become a fully functioning small press within the next five years, in both digital and print media.

The Golden Triangle is open to all genre forms within poetry, fiction, and non-fiction; work that “blurs genre lines and takes risks,” is welcome, but editors “warn against ‘post-post-post modernism’ type work.” Only previously unpublished works considered; simultaneous submissions are “a-okay,” as long as editors are notified immediately. The next deadline is March 3rd, 2012.