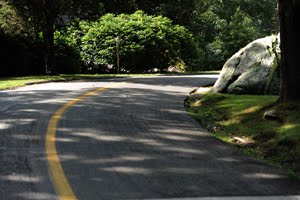 Mason’s Road is an online literary magazine sponsored by Fairfield University’s MFA in Creative Writing and run by the graduate students of the program. Mason’s Road publishes fiction, creative nonfiction, poetry, drama, visual art, craft essays, writing exercises, and audio works, and will focus each issue on an aspect of the writing craft. Issues are published twice a year, in July and December, during residencies at Enders Island.

Each genre section opens with a letter from the editors of that genre, each addressing some aspect of their work in the selection process – for fiction, a discussion of voice; for creative nonfiction, touching on elusive qualities; for poetry, a litany of poetic voices – raw, fresh, metaphysical, familiar; and for drama, an interest in screenplay writing with an exclusive interview with Pulitzer-Prize-winning novelist and screenwriter William Kennedy exploring “the hybrid and challenging form of the screenplay.”

Mason’s Road also includes a Radio Drama Cliff Hanger challenge in their drama section: “Your challenge – to pick up the story from this opening episode of our radio drama, or write the opening of a new radio drama. Whether the continuation of this script or a new one, it must be of true literary quality, entertaining, and provide another cliff-hanger ending…The Mason’s Road Players will produce the winning submission.”

Mason’s Road is accepting fiction, poetry, creative non-fiction, drama (stage or screen), art, craft essays, and audio drama from both emerging and established writers and artists for Issue #2 until Nov. 1, 2010. The issue will focus on strong settings – pieces that evoke a particular place or time.

Mason’s Road will award a $500 prize to the best piece of creative writing published in the first two issues of the journal.