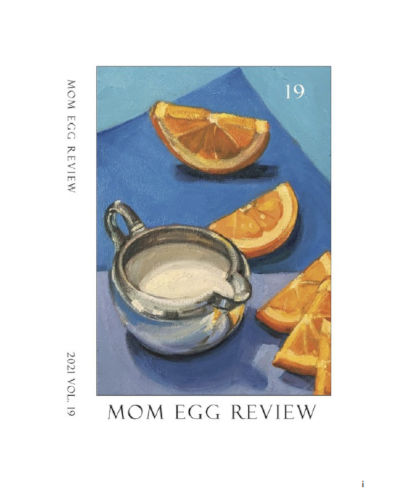 The Mom Egg Review print literary journal about motherhood also has an online quarterly component called the Mer Vox, featuring writing, artwork, craft essays, hybrid works, and interviews. Recent craft essays include: “Women Writers, Mothers And Friendships: How We Sustain Each Other,” an Interview by J.P. Howard, MER VOX Editor-at-Large, of Mireya Perez-Bustillo and Patsie Alicia Ifill; several essays on “Poetry as a Reflection of Self on the Page” curated by J.P. Howard  – “Release the Dam: A Poem is a River” by Keisha-Gaye Anderson, “Writing the Narrative Poem” by Heather Archibald, “Poetry as a Reflection of Self on the Page!” by J.P. Howard, and “Poets and Performance” by Jacqueline Johnson; and a number of writing prompts from the editors as well as other writers (Janet Hamill, Cynthia Kraman, Tsaurah Litzky).