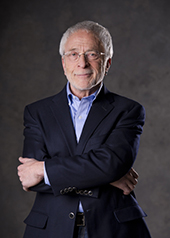 In “The Godfather Speaks,” 3QR: The Three Quarter Review interviewed Lee Gutkind on the two-decade anniversary of the controversial Vanity Fair article, in which critic James Wolcott “accused creative nonfiction writers, of memoir in particular, of ‘navel gazing’ . . . lambast[ing] the form itself as: a ‘sickly transfusion, whereby the weakling personal voice of sensitive fiction is inserted into the beery carcass of nonfiction.‘” Wolcott labeled Gutkind as “The Godfather behind creative nonfiction.”

Gutkind reflects on what could have been devastating to some in their careers: “The Godfather label—the positive aspects of it—stuck. From that point on, emboldened, I was much more in an offensive rather than a defensive mode when it came to creative nonfiction.” And for this, we are all grateful to The Godfather.