Glimmer Train has just chosen the winning stories for their Short Story Award for New Writers. This competition is held quarterly and is open to all writers whose fiction has not appeared in a print publication with a circulation greater than 5000. The next Short Story Award competition will take place in February. Glimmer Train’s monthly submission calendar may be viewed here. 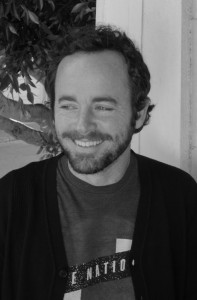 First place: David Goguen of San Francisco, CA, [pictured] wins $1200 for “Old Teeth.” His story will be published in the Spring 2013 issue of Glimmer Train Stories, out in February 2013. This is David’s first story accepted for publication.

Deadline for the Very Short Fiction Award: January 31 Glimmer Train hosts this competition twice a year, and first place has been increased to $1500 plus publication in the journal. It’s open to all writers, no theme restrictions, and the word count must not exceed 3000.