Glimmer Train has just selected the 50 winning entries for their first Best Start competition. Each wins $50 and makes Glimmer Train’s Best Start list. This competition is held quarterly and is open only to writers whose fiction has not appeared in a print publication with a circulation over 3000. Each submission should be an engaging, coherent narrative, but does not need to be a complete story, just an important part of a story in progress. Word count: under 1000. Their next Best Start competition will take place in September.

Glimmer Train has also chosen the winning stories for their June Fiction Open competition. This competition is held quarterly and is open to all writers for stories with a word count range between 2000-20,000. No theme restrictions. Their monthly submission calendar may be viewed here. 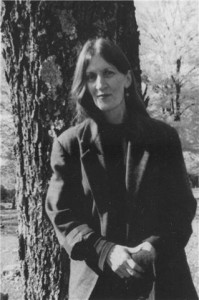 First place: Ingrid Hill (pictured) of Iowa City, IA, wins $2000 for “Pavilion.” Her story will be published in the Fall 2010 issue of Glimmer Train Stories, out in August 2010.

Second place: Adam Theron-Lee Rensch of Bronxville, NY, wins $1000 for “A Day in the Life.” His story will also be published in an upcoming issue of Glimmer Train Stories.

This competition is held quarterly and is open to writers whose fiction has not appeared in a print publication with a circulation over 5000. No theme restrictions. Word count range: 500-12,000.