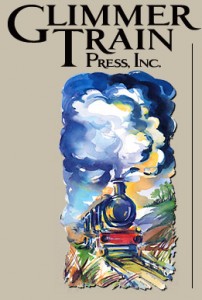 Glimmer Train has selected the three winning stories of their Fall Short Story Award for New Writers! This award is given twice a year to writers whose fiction has not yet appeared in a publication with a circulation greater than 5000.

First place: E. A. Durden of Brooklyn, New York, wins $1200 for “Mr. Dabydeen”. Her story will be published next year.

Second place: Hubert Ahn of West Bloomfield, Michigan, wins $500 for “Korean Wedding”. His story will also be published in an upcoming issue, increasing his prize to $700.

Third place: Patrick Hicks of Sioux Falls, South Dakota, wins $300 for “57 Gatwick”. His story will also be published in an upcoming issue, increasing his prize to $700, as well.

UPDATE: Glimmer Train has offered a 2-day extension to their December Fiction Open. The deadline will be January 2, 2008.