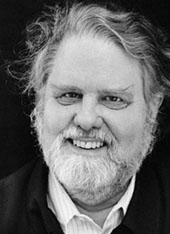 The Summer 2016 issue of The Georgia Review includes a special feature on Coleman Barks. In addition to an introduction by Editor Stephen Corey, the section includes several poems and a prose piece by Barks. The prose, an essay titled “Figures from My Boyhood,” begins, “Steve Corey asked me to do a prose piece (on my influences, he suggested) for The Georgia Review. But I seem to have more energy for childhood obsessions. Sorry to be so self-absorbed.” Exactly what we would expect from Barks.