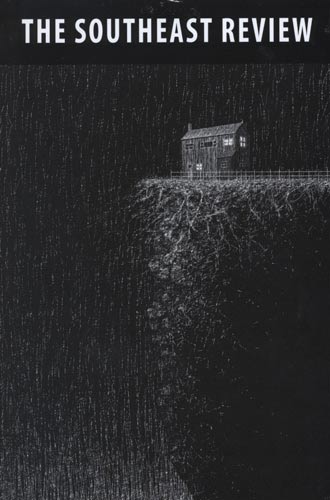 Spanning four pages of The Southeast Review (37.1), Tiana Clark’s “Gentrification” conjures up hidden details, the poem’s speaker talking in wisps, the ghosts of a summer past haunting the neighborhood in East Nashville where she used to live and which has now been gentrified. The speaker discusses the ways in which her body—a woman of color’s body—fits into this forgotten space:

and I had never tried cocaine before,
until you tricked me [ . . . ]
and other men laughed and you laughed and I laughed too,

Repeatedly, she finds herself in moments like this, moments of emotional or physical violence: her boyfriend feeds her then calls her fat, she does drugs in a backseat, she has drunken fights in the street, she reveals the “vulnerable part” of her neck as she once “grasp[ed] at white men for attention,” her body becoming another gentrified space.

The scenes come quickly as if Clark is quickly scrawling these memories down before she can forget them, wrapping readers in the heat and tension of that summer, unflinching as she reveals the underbelly, the ugliness, the truths about her home and herself. Take some time to sink into “Gentrification,” then, like me, check out Clark’s books of poetry: I Can’t Talk About the Trees Without the Blood (University of Pittsburgh Press, September 2018), and Equilibrium (Bull City Press, 2016).