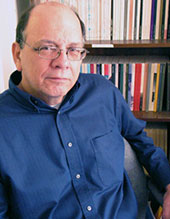 In his Editor’s Note, “Making What Matters,” Stewart shares, “In my home city recently, a 10-year-old girl named Machole and a 6-year-old girl named Angel, in separate events, were shot dead by gunfire. Machole was in her own living room when someone in a car shot several times into her house; Angel was walking out the door of a convenience store with her father. Other children continue to suffer abuse and violence, yes, but these two events, nine days apart, have caused many people here to examine the kind of landscape—city and country—we have shaped for our children.”

Go to the National Art Education Association News page on any given day, and you’ll see comment after comment from leaders across the nation proclaiming the importance of the arts in education, of turning and keeping the A in STEM for STEAM. It’s not a new struggle among cultures, among communiites, as Stewart notes the Trappist monk Thomas Merton “in a 1962 letter, where he confessed to being disheartened by evil in the world, despite his own writings and art. ‘Tell me,’ Merton wrote to his friend, “am I wasting my time?'”

It’s a question and concern that pervades and surfaces, resurfaces, confronts and confounds wirters, artists, educators, politician and policy makers. While Stewart answers the question in his commentary, an answer found through reading the works of authors in the journal and concluding on the worth and value of their efforts. A worth and value we need to retain and remind others of every chance we get.