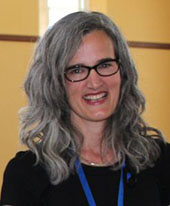 “Literature is not efficient,” writes New England Review Editor Carolyn Kuebler in the Editor’s Note to V39 N3. “Reading it, writing it, and publishing it all require a seemingly unreasonable investment in time. Journals like ours take part in this economy of inefficiency by keeping our doors open to writing from everyone, everywhere.” She goes on to discuss the weight placed on editors to make selections from thousands of unsolicited submissions, which open publications with good reputations face.

“Because of this openness to new writing, we have to say ‘no’ far more often than we say ‘yes,’ which can give writers a kind of ‘who do they think they are’ feeling of resentment. It also sets literary editors up as gatekeepers, as if reading and evaluating manuscripts were in some way equivalent to being a bouncer at an exclusive nightclub or a troll under the bridge. To me, the problem with the image of a gatekeeper is that it implies that the lit mag is some steadfast entity that simply exists, and that editors are only blocking the way to it. But without the efforts of those same people who are reading the manuscripts, there would be no there there.”

Instead, Kuebler entreats readers (and writers) to consider “lit mags and their staff of editors and readers in terms of service,” with many of those working behind the scenes doing so for little or no pay, and putting “aside their own agendas and literary preferences, and often their own writing, in service of another’s.”

I get it. I hope others do, too. Thanks Carolyn – and countless other editors, readers, and all of those who give selflessly in the service of literature to make these publications ‘there.’