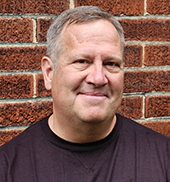 “Twenty years ago,” writes Brevity Editor Dinty W. Moore, “I had an idea for a magazine that combined the swift impact of flash fiction with the true storytelling of memoir, and Brevity was born. To be honest, I expected it to last a year.”

Instead, Brevity has aged into the most well-known publication of its kind, with a rich history of publishing new authors who have become some of the most respected in the genre, and guiding writers as they learn and practice their craft.

In celebration, Brevity reached out to authors who have appeared multiple times in Brevity over the years and commissioned their submissions for an anniversary issue. Authors includes Lee Martin, Diane Seuss, Brenda Miller, Sue William Silverman, Rebecca McClanahan, and Ira Sukrungruang. Moore notes that readers “may detect a common theme (or at least a common word)” among the works.