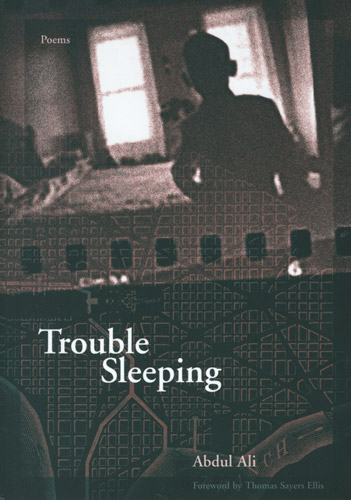 Trouble Sleeping by Abdul Ali, winner of the 2014 New Issues Prize, was published this past March.

From the foreword, written by Thomas Sayers Ellis: “Like a projection of testimony, like the shadows that run-off from the plan-projector-tation immediately after you’ve lived and left the theater, like the dark figures moving through the haunted noirs of Aaron Douglas, the widescreen stare of Trouble Sleeping is a mighty mise-en-concern.”

Ali’s poems have previously appeared in Gargoyle, A Gathering of Tribes, and New Contrast, among others. To learn more about Trouble Sleeping, check out the New Issues website.