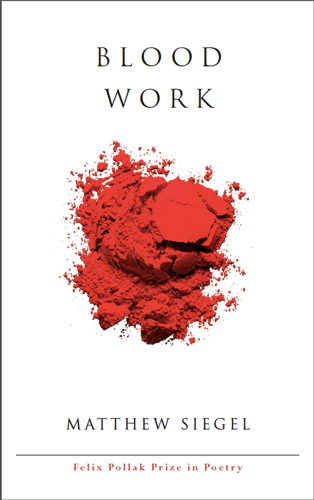 In his debut collection, Matthew Siegel explores his body’s fight with Crohn’s Disease and the struggle to remain one’s self in the face of illness. Winner of the University of Wisconsin Press’s 2015 Felix Pollak Prize in Poetry, Blood Work was selected by Lucia Perillo. About her selection, Perillo states, “These poems resist the dualities of lyric versus narrative, confessional versus impersonal, real against surreal, formal/improvisational, comic/sad. Matthew Siegel manages to tick off all the boxes at once, while remaining compulsively readable. The trick that he’s pulled off is to make a book that simultaneously tickles you and shakes you by the scruff of your neck.”