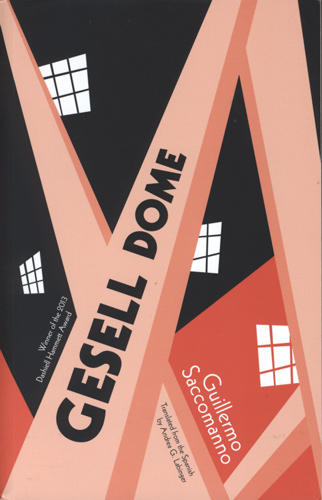 Open Letter has announced they will be publishing Gesell Dome by Guillermo Saccomanno this upcoming August. Translated from the Spanish by Andrea G. Labinger, the novel won the 2013 Dashiell Hammett Award (annually given to a book published in the field of crime-writing), and chronicles the passion, violence, crime, and corruption that take place during a winter in Villa Gesell. Recording the various voices in the town is Dante, the local newspaperman, resulting in a thrilling and captivating read.

Preorder a copy of Gesell Dome now at the Open Letter website, where you can also find an excerpt of the novel.