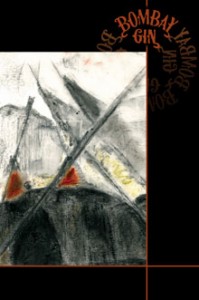 The newest issue of Naropa University’s Bombay Gin offers a special focus on “Twenty Years of Eco-Lit” and more specifically on Jack Collom, who back in 1989, “taught his first Eco-Lit course at Naropa University’s Jack Kerouac School of Disembodied Poetics.”

A portfolio section provides a tribute to Collom’s influence: “It opens with an interview of him by two Bombay Gin editors, Jennifer Aglio and Suzanne DuLany. Collom discusses how he introduces his students to a pantheon of writers that includes Rachel Carson, Aldo Leopold, Stephen Jay Gould, and how his writing projects take radical shapes, investigating the ways old forms evolve into new. The haiku morphs into the lune, or the fourteen-line sonnet’s tight formalism restructures itself as the acrostic or mesostic. At the end of each year’s course, Collom’s group compiles a photocopy anthology of its writings. We’ve reproduced some of this twenty-odd-years of poems, polemics, word-forms, & collages. There are also new poems in the eco-lit vein by Jack Collom, and by Naropa University colleagues Joanne Kyger, Hoa Nguyen, Elizabeth Robinson, & Andrew Schelling. And finally, there is an archival talk on ecology & poetry, given by Eleni Sikelianos at a Naropa Summer Writing Program panel in June 2009.” [from the Editor’s Note]