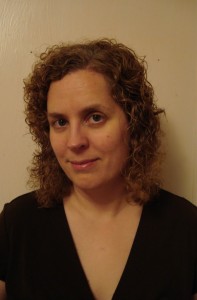 Jen Michalski has been announced the winner of the Black Lawrence Press 2012 Big Moose Prize for her novel The Tide King.

Jen Michalski’s first collection of fiction, Close Encounters, is available from So New (2007); her second, From Here, is forthcoming from Aqueous Books (2013); and her collection of novellas is forthcoming from Dzanc (2013). She also is the editor of the anthology City Sages: Baltimore (CityLit Press 2010), which won a 2010 “Best of Baltimore” award from Baltimore Magazine. She is the founding editor of the literary quarterly jmww, a co-host of the monthly reading series The 510 Readings and the biannual Lit Show in Baltimore, and interviews writers at The Nervous Breakdown.