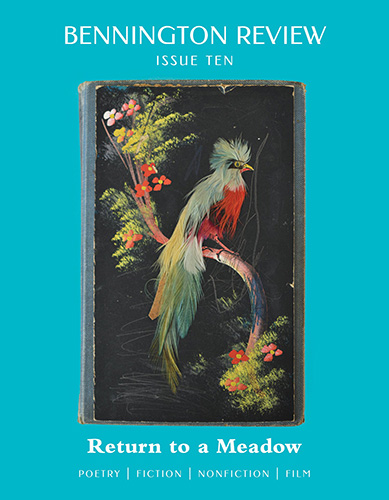 “The decision to consider the work in the current issue of Bennington Review through the lens of threat,” writes Editor Michael Dumanis, “- be this threat political, global, localized, or existential – was made during an uncharacteriscially emotional editorial meeting on Thursday, November 10, 2016, two days after a certain historical event. We felt completely unprepared to imagine what might come next. Animated by collective anxiety – this sense of abrupt dislocation of expectaions, as well as new actual danger – we gravitated toward poems and stories and essays where paradigms were similarly disrupted, where characters suddenly found themselves destabalized by external forces, where institutions and individuals in which we’d placed our trust failed to hold up their end of the bargain.”

See a full table of contents with several sample works from the issue here.