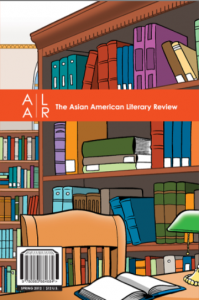 The Spring 2012 issue of The Asian American Literary Review features a forum in which Min Hyoung Song asks participants about the “continuities between the earlier generation of writers which first raised the banner of an Asian American literature and a later generation of writers which inherited it,” and whether or not it “even make[s] sense to talk about contemporary American writers of Asian ancestry as comprising a generation” and what commitments they may share.

A sample of the responses can be read on the AALR website.