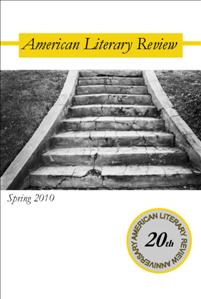 American Literary Review celerbrates its 20th Anniversary with the Spring 2010 issue, which also features both the 2008 and 2009 contest winners: