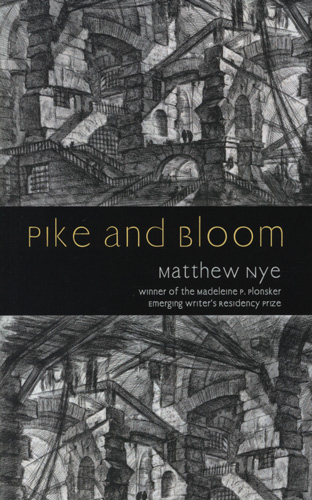 Each year, Lake Forest College awards its Madeleine P. Plonsker Emerging Writer’s Residency Prize to writers under forty with no major book publication. Winners spend three weeks in residence at the campus in Chicago’s northern suburbs. While there, writers spend their time completing a manuscript to be published by &NOW Books, an imprint of Lake Forest College Press.

Matthew Nye was the 2014 winner and his novel Pike and Bloom was published in February. An American odyssey in miniature, Pike and Bloom maps the trajectories of three characters—Pike, Bloom, and Bloom’s wife Clytie—as they spiral through “the serious blues of Indianapolis,” attempting to construct meaning from the absurd.

Readers can learn more about Pike and Bloom at Northwestern University Press’s website.