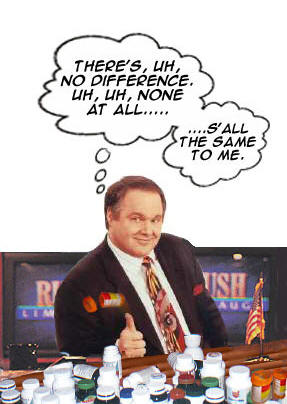 Exploiting Experience:
Politician and Poet, Two of a Kind

A few mornings past I slogged downstairs at 5 a.m. I couldn’t sleep. I made a cup of instant, then sat on the couch in the living room with Dave the Cat. Dave snuggled up against my side and tucked his head under my arm. I turned on the TV and flipped around the cable news channels to see if it would be safe to go out that morning.

The George W. Bush World Trade Center ad came on, the one with actors pretending to be firefighters, pretending to be among the people that Bush pretended he would support when he pretended that his administration would be unstinting in its efforts to help New York City recover from the WTC attack.

There’s no pretense about the Bush Gang’s eagerness to retain and expand its power, or about using New York City and the memories and images of the WTC disaster to further the Liar-in-Chief’s ambitions to win, at last, a presidential election.

When asked why real firefighters didn’t appear in the ad, a Bush flak said it was because actors were cheaper and easier.

Well, sure. Everyone knows that the men and women who risk their lives running in and out of burning buildings are ‘way overpaid, anyhow. Why would a busy Bush operative want to waste time tracking down a couple of firefighters just for the sake of authenticity, and give the greedy schmucks an opportunity to make even more dough for easy work?

The Bush Gang is full of people pretending to be what they aren’t, so fake firefighters fit right into the scheme of things.

Nevertheless, many think the Bush WTC ad a little on the crass side. A little exploitative. A little vile. A little loathsome, base, opportunistic, crude, and cruel. Families of WTC victims, in particular, tend to moderation in their delight at the piece.

A Tale of Two Ads

Out on an errand at lunch, I made the mistake of turning on the car radio. I punched the button for WJR from Detroit, long ago one of the nation’s great mainstream radio stations. WJR once relied on home-grown talent and a community focus; now it serves as a brainless relay station for the likes of the ineffable Laura Schlessinger and America’s favorite junkie, Rush Limbaugh.

I caught Limbaugh in mid-guffaw.  He was roaring in amusement over some pathetic guest’s contention that John Kerry’s Vietnam-based ads are qualitatively different from Bush’s WTC exploitation trip.

This is the standard Righty line on the ad flap: Bush’s use of World Trade Center imagery is the same as Kerry’s use of Vietnam imagery. What’s your problem, huh?

One would think that even Rush Limbaugh would be able to see that. Maybe the Oxycontin’s effects linger longer than we previously thought.

The ad flap reminded me of a line I came across in Nietzsche many years ago. Most of what Nietzsche wrote leaves Uncle Frank baffled, but this statement came through loud and clear: “Poets treat their experiences shamelessly: They exploit them.”

Politicians do the same thing. But at least those with a shred of integrity exploit their own experience. Unlike George W. Bush, they don’t appropriate someone else’s as though they had a peremptory right to it.