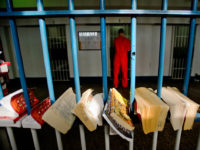 Jail Librarians… You just can’t make this stuff up!

A Missouri bill intended to bar libraries in the US state from stocking “age-inappropriate sexual material” for children has been described by critics as “a shockingly transparent attempt to legalize book banning” that could land librarians who refuse to comply with it in jail.

Under the parental oversight of public libraries bill, which has been proposed by Missouri Republican Ben Baker, panels of parents would be elected to evaluate whether books are appropriate for children. Public hearings would then be held by the boards to ask for suggestions of potentially inappropriate books, with public libraries that allow minors access to such titles to have their funding stripped. Librarians who refuse to comply could be fined and imprisoned for up to one year.

Reach Bookstores in the U.S. and Canada

Diversity of Little Libraries Lies in their Non-curated Nature

Patti Smith on Libraries and the Transformative Love of Books