A letter sent out by Editor R.T. Smith to Shenandoah subscribers:

I am writing to inform you that Shenandoah is approaching a crossroads which to some degree reflects the broader evolution in the world of publishing. You may have already read on our website that the magazine will cease publishing as a print journal and will expand its presence on-line. By the end of 2011 our website will be the sole location of the journal, where it will be available to all on a non-fee basis, though we hope to incorporate additional features available only to those with unexpired subscriptions. All physical issues going back 15 years and continuing into this winter will still be available for purchase.

Though this evolution will involve significant changes in format, the features which I believe to be Shenandoah’s essence will remain: artful and memorable poems, stories, essays and reviews from all comers of the literary community; a pleasing and stimulating design, provocative inquiry into the on-going chorus that is contemporary writing and our signature brand of serious mischief. As editor, I will continue to seek accomplished and fresh work to maintain our balance between the traditional and the experimental. We’ve already altered our web page to offer a hint of the future, and in 2011 we’ll feature a blog called “Snopes.”

Our fall/winter issue will be a standard perfect-bound magazine, and in the spring of 2011 we will release a limited edition anthology of Shenandoah poetry from 1995 to 2010. This anthology will be sent to all whose subscriptions extend to spring of 2011, and additional copies will be available. I hope that subsequent anthologies will eventually become feasible.

While many of us harbor divided minds about the dwindling of the physical print medium, I’m enthusiastic about the possibilities -from audio presentations to ease of access and extended audience and more frequent updates -presented by this brave new world of the Internet. The increased involvement of Washington and Lee students will be an asset in this changing environment, and we intend to launch our new identity with a fall 2010 on-campus panel of editors discussing the changing landscape of literary publishing. Our first digital issue will publish the proceedings of that conversation.

There is further good news. Shenandoah will continue to give honoraria and awards to its writers, and national prize anthologies have now begun to recognize the work in on-line journals. Publication on-line now counts as a legitimate credential towards qualifying for N.E.A. fellowships, so the territory we are entering is not hostile to serious literature. I believe it is becoming quite hospitable and that accomplished writers have already begun to recognize this. I thank you for your loyalty in the past, invite you to join us in this new adventure built on our sixty-year history and urge you to visit our Face book page beginning in October as we prepare to move into a new era. 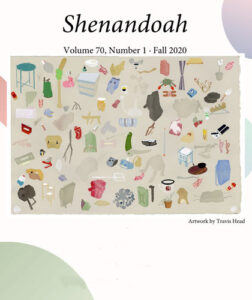 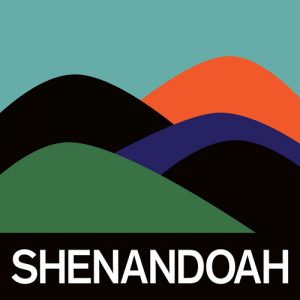 Shenandoah Takes on the Whys and Whatfors