“Poems that surprise, harrow, and awe. Poems that understand a reader’s expectations and then challenge or subvert them somehow. Poems that need to exist, that matter, that show us something important at stake. Poems that wake us up, that leave us different people than we were before we encountered them. Not all of the poems do all of these things, but they will all do at least one of these things. Expect poetry that feels fresh and immediate, never predictable.” This is what Founder and Editor Robert Campbell says readers can find when they visit the newly launched Red Tree Review online poetry journal.

His own education and publishing resume established, and having served behind the scenes of other literary journals, Campbell says, “What matters more to me is

that I am a person who really does love great poems – poems that shake us awake a little bit and remind us that we’re alive and vital, that poetry can still do fresh and surprising things.”

Red Tree Review is the result of Campbell wanting to share what is fresh and surprising with readers, publishing once or twice a year based on submissions in a completely free and open online format. Though ‘free’ for readers and contributors, there are always the hidden costs of labor and platform to consider when starting a new literary venture. But Campbell came at Red Tree Review with a clear philosophy, “It’s a service to the literary community, to writers and to readers. You’re creating space and opportunity for other people, so you have to love doing that. There’s no real reward other than that. If, like me, you’re committed to not charging submission fees, you do end up losing money because it’s inevitable that you pay for web hosting and listings yourself. That said, it has absolutely been worth it. I think having a clear focus and aesthetic in mind has definitely helped in starting this journal. The mission for RTR is to celebrate poems that fit a certain vein, that ‘surprise, harrow, and awe,’ so the guidepost is always there when things feel murky.”

The name itself, Red Tree Review, represents this philosophy as well. “It’s tied to the logo,” Campbell explains, “which is really just a little visual joke about a literary oeuvre or corpus, a ‘body’ of work, published in an online format instead of being printed on trees. It sounds very silly when I explain it, but it makes me smile, and I think it communicates a certain aesthetic.”

Like many start-ups, there are also challenges to overcome, some entirely unexpected and perhaps even unrelated to the work itself. Campbell shared the greatest hurdle yet encountered: “Just as the first issue went live, my husband was diagnosed with an acute form of leukemia. It happened during the height of the pandemic, so we had to be locked away in a hospital room for a month initially to avoid exposure. I published the debut issue from that room using my laptop, and we toasted with ginger ale, which the nurses kept on hand for patients with chemo-related nausea. The journal went on hiatus after that as we navigated his treatment together, but the feedback on that issue was so positive. People seemed to understand the flavor and the vibe. It was a bright moment during a hard time. And he’s in deep remission and doing great now, thankfully. When I was able to turn my attention back to the journal, people were very kind and supportive, and so many writers were ready to submit for the new issue. It was such a validating feeling.”

For writers looking to find a home for their works, Campbell welcomes you: “I read every single submission. It’s so delightful discovering these incredible poems and creating a space for them. I’ve also found it very hard because I have had to pass on a lot of excellent poems when they don’t fit the flavor of the journal or don’t complement a particular issue for some reason. I’ve worked on journals before, so this hasn’t been anything new, but it’s still hard. I hate sending rejections.”

“It would be lovely to see some younger poets published in RTR,” Campbell shares. “Many writers, myself included, have sharpened our skills in graduate programs, but sometimes undergraduates can have this intuitive lyrical sense and tap into something immediate and elegant before the workshops get hold of them.”

But he encourages all poets to “read the poems published in the journal, and think a bit on what ‘surprise, harrow, and awe’ mean at RTR. A surprising poem published in RTR can’t be completely adrift. That would mean there’s nothing to push against. Harrowing poems won’t just shock and offend. We have to care about something or someone before we can be harrowed. Poems that put the reader in a state of awe won’t give the game away. They make us forget we’re reading a poem because that would break the spell.”

When asked if there was anything more to share with our readers, Campbell’s response is one all writers can take to heart: “To all the ambitious, long-suffering writers hunched at this very moment over laptops in dark rooms: step outside, drink some water, and have some sunlight. Life is big and wonderful. You’re enough, just as you are.” 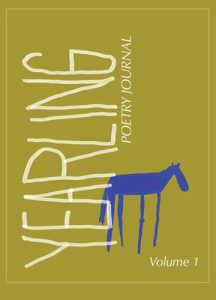 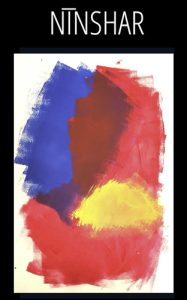