Editor in Chief Jake Lans challenges readers to disagree with what this issue of Santa Clara Review “says” in its presentation of diverse content. “It would be so boring if you didn’t,” he prods. Would if I could, but because I appreciate the variety of what’s published here, even if not all of it suits me, I can only agree with Lans. Diversity of content in any publication is essential—it would be so boring if it wasn’t!

Contrary to most reviews, I want to offer a first focus on the artwork. Santa Clara Review offers three glossy page sections to showcase artwork in full color, excellent reproductive quality. I was especially drawn to “Carlos” oil and wood by Jack Ready which portrays a man looking in the mirror shaving with a straight razor, “Puffer” a bright yellow ceramic and glaze puffer fish by Jacquieline Fahey, and “Elephant and Girl in a Gas Mask” acrylic painting by Courtney Griffith of exactly the two as noted in a comical face-to-face pose. “Draco Pod” by Franceska McCullough is a fascinating geometric sculpture made of toothpicks and hot glue. I could stare at this one for hours and wish I could see it in real life for the full 3D effect. And “Afro Swim” ink on paper by Ezequiel Olvera features a man in profile whose afro-style hair is created from endless designs and tiny images—a vulture, a nude female torso, a baby, bones, a snake, a snail—so many stylized beings and objects, I kept on this page for a good ten minutes, just examining and meditating through it all. Santa Clara Review treats art right in this publication format, and that is a kind of diversity that makes for high quality.

The poetry in Santa Clara Review is varied, showing a breadth of editorial assessment. There’s humor, as evidenced in “Common” by Andy Roberts, which begins:

Pepperoncini is a strangely named vegetable
like broccoli rabe and mascarpone cheese.
I always thought I pronounced them
wrong in my head. I had no reason
to pronounce them aloud, having never
gone to college.

Troy Taylor’s “Apollo Smoking” reveals attentions to thought and detail, with lines like: “I look for something to say, meaning I quietly wonder” and “In the cold, my breath and his smoke / look like the samething” with the blended words mirroring the blended image. Noorulain Noor offers two works—and I certainly could read much more from her, as in a full collection. “Bilingual Speech Therapy” begins:

Her speech is coarse at 33 months—
it crackles against my ears,
like the textured shell of walnuts
breaking between molars

and “Permanent Residency” in which the first stanza reads:

My mother sings a voicemail
into the air—
her song reaches me hours later,
her hard-boiled Urdu becoming pliant
in the low register of her voice.
By now, the sun in its perennial journey,
has dwindled from her sight
and appeared outside my window,
the tulips on the sill greet its powdery warmth—
her sky and mine, so different from each other.

Prose poems by Chand Hanson, “Emergency Contact” and “Sawdust,” are good examples of tipping the work from what could be a simple bit of humor to the deeply contemplative—in under 20 block lines. Same with Darren Demaree’s “Wednesday Morning” series of short four- and seven-line poems.

Equally strong and varied is the selection of prose, again a nod to the editors for diverse selection. Kimberley Keller’s “Wherarewe, Washington” is a subtle work of nonfiction, describing her hometown: “There is nothing outwardly appealing about the rest-stop-of-a-city called Othello.” Yet she brings readers inward to show them precisely what the appeal is to those who reside there. There’s nothing preachy about her work—which I appreciate—it simply presents, and presents well. Same with Elizabeth Brady’s “Deep,” which tells in numbered paragraph sequence her memories of going to her piano teacher’s house with her brothers, though the piece takes a darker turn in paragraph V.: “And while my younger brother practiced scales inside with Fern, his hands spanning whole octaves, the black of flats and the sharps, the white of naturals, my older brother’s hands practiced other things with me deep in the blue ugly pool, all black.”

I enjoyed reading several pieces more than once just because once I had finished and “got them,” I wanted to go back and appreciate their rhetorical subtleties that built so well to the finish. “Surface Visions,” first-person fiction by Jessica Li, is about a younger woman in a relationship with a much older man, Jed. The way in which the narrator talks to the reader, with such direct honesty, makes the work feel more like nonfiction, as in this comment about Jed’s aunt:

And, in all likelihood, this is how I probably would have remembered her—lovely, eager, proud—if it weren’t for what happened afterwards. I would have seen her the way she wanted to be seen, which was almost a cartoon version of herself, with no insecurities and hardly a past.

To be fair, I was also doing the same thing. I might have realized that if I hadn’t been trying so hard not to.

Richard Dokey’s fiction “The Right Way to Live” is exactly what a cheating break-up story ought to be: frustrating, disheartening, vengeful, and completely uncomfortable throughout. Mel’s wife cheats on him with his best friend Gary, which leads to divorce and his wife immediately remarrying Gary. “Mel tried to remember something wrong, but how could he remember anything when there was nothing to remember? Mel though about it and thought about it. Then he got mad. So after a while, Mel married Ginger Holmes.” And it only gets more awkward after that. It’s a strange place to put the reader, but Dokey is successful at drawing both sympathy and disgust from me—for just about all of his characters.

And a final mention to Henry Tonn’s nonfiction piece, “The Other Algonquin Club.” If there was a theme among the prose, it would be memories of past relationships (with people or with place) and what we see differently in retrospect. Tonn’s piece shares a romanticized memory of a group of friends who got together regularly to enjoy movies and share food, family friendships, and engaging intellectual conversation. And for a time, there always is that kind of perfection in such friendships and events. However, as time moves forward, the friendships move apart, then relationships break apart. In retrospect, Tonn writes, “Reality, however, is often different than it appears, and predicting future events from your individual perspective is generally a dubious task. I’m not certain whose marriage went on the rocks first, but surely mine was one of the earliest . . . I soon found that nothing was as it appeared long ago.” Despite what Tonn went through himself and saw and learned of his coupled companions, I like that he does not lose his respect for that period of time they all shared that was wonderful. Despite the downfalls, he doesn’t denigrate the memories of times that meant so much to him then. “It seems capricious sometimes: memorable moments flow into our lives, reside briefly, and evaporate—gone before we really appreciate what we had. We shake our heads in wonderment, recognizing how fleeting it all was.”

Santa Clara Review is by no means fleeting. This truly diverse publication is one in which readers can take great appreciation and wonderment—over and over again.
[www.santaclarareview.com] 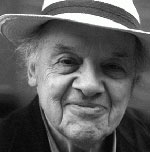 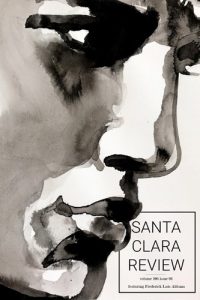