This strong issue includes the winner (Timothy Mullaney for “Green Glass Doors”) and runner-up (Susan Magee for “The Mother”) of Salamander’s first-ever fiction contest, three other stories, a memoir essay, and the work of more than two-dozen poets.

This strong issue includes the winner (Timothy Mullaney for “Green Glass Doors”) and runner-up (Susan Magee for “The Mother”) of Salamander’s first-ever fiction contest, three other stories, a memoir essay, and the work of more than two-dozen poets.

Julie Marie Wade’s coming-out essay, which, according to her bio, she classifies as “lyric nonfiction” is of particular interest, a terrific example of creative nonfiction at its best, combining the strengths and interests of poetry (rhythmically satisfying, controlled, restrained, above all) and narrative (a story one wants to follow).

The prolific and widely-recognized Franz Wright contributes memorable prose poems, including “In Memory of the Future”: “When I get tired of staring at words on a page, owlet, when I am finally good and sick of marring white space with black ink, my hands and face filthy with it, cut off, immured in my own mind, then what?”

Runner-up Magee’s story is especially pleasing reading, not so much for its medical theme (so much writing these days about bodies, health, illness), but for its original approach and unique style: “When the Mother finally woke up in the hospital’s ICU, her Husband was the one who broke the news: Catastrophic Obstetrical Hemorrhage. He said it twice, although the Mother had already figured it out.”

I liked, too, Molly Patterson’s story, “Moving Fronts.” Patterson has an easy, affable style that draws in the reader with ease and we’re hooked before we realize it:

The clouds were tumbling over themselves heading in from the west, folding and swallowing and rolling in the thick air. There was no space between their stippled bottoms and the blank stretch of land. There was hardly any air to breathe. Gracelyn stopped walking. Off to one side was the snaking line of trees along the Nodaway River. In front and behind was the two-lane highway. Behind was also the town.

She squinted up the road. Maybe she would walk all the way up to Tarkio. It would take her a few hours to go and come back, but she didn’t care, she just wanted to be moving…

This issue also includes a translation from the French by Andrea Moorhead of a poem by the Quebecoise writer, Elise Turcotte, author of 10 volumes of poetry. I wish the journal had included the original, but nonetheless, I appreciate the translation:

you’ve laid down your cards
you’ve traveled
even your lies
have given up. 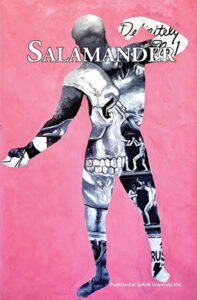 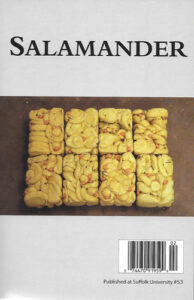 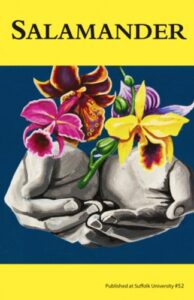