Wings & Other Things by Chauna Craig is a book of migrations. Its characters flutter and flap, take off and land, then take off again as they seek the places they belong. These are characters caught in transition: a widow searching for a past self on an “Impossible Blue” coast, lovers explaining to the police and themselves why they’re hiding in a Nebraska cornfield. a teacher struggling to be understood on a flight from Chengdu, a stranded artist riding with a stranger on a highway haunted y the ghost of a woman who never made it home. Each story is a transformation as Craig turns railroad tracks into an “infinite number line” and a lightning bolt into a “tentacle of the unseen.” A plastic fork becomes a parable of fragility, and a “scrap moon” is an image of what is lost and what yet remains.

New Book :: We Were Angry 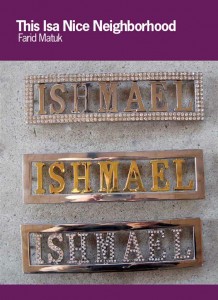 New Book :: How We Disappear