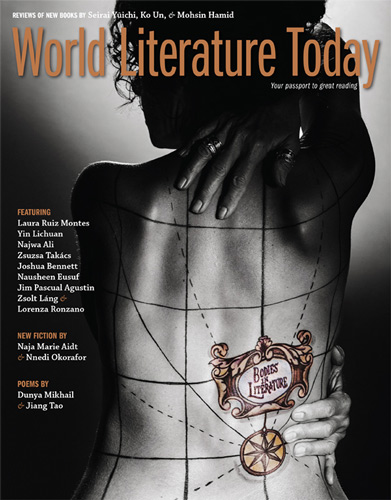 World Literature Today features “Bodies in Literature” for their September-October 2015 issue. The cover art is aptly chosen, and here’s what the editors have to say about their choice:

In a year marked by protracted conflicts over bodies—women’s bodies, black bodies, immigrant/refugee bodies, and even the body politic—we hoped to capture that zeitgeist in this issue’s marquee section “Bodies in Literature,” by featuring an original cover illustration from tattoo artist Rawb Carter, modeled by Synthia Haddad, and photographed by Shevaun Williams.